33 photos
Swayumbhunath (Nepali: स्वयम्भूनाथ स्तुप) is a UNESCO World Heritage Site in Kathmandu and is one of the oldest active Buddhist Stupas in the world. Situated atop a hill on the North Eastern section of the city, it overlooks the Kathmandu valley, is among the most sacred of Buddhist pilgrimage sites in South East Asia, second only to Boudhanth Stupa, also located in Kathmandu. Swayumbhunath meaning “self-created” and nath meaning “person” in Sanskrit, refers to the story of the self-created lotus that drew the attention of Manjushree, the god (Bodhisattva) of wisdom and learning from Buddhist mythology. Founded by King Vṛsadeva, about the beginning of the 5th century CE, it is known as “Shing kun” to the Tibetan meaning “sublime self-sprung trees” in reference to the many varieties of trees found growing on the hill. Although essentially, a Buddhist pilgrimage site it is also revered by Hindus and Hindu emperors as early as King Ashoka have said to have visited the stupa in 3BC.

The Swayumbhunath complex houses a variety of Stupas, shrines and temples some dating back to the Lichhavi period. The Stupa itself is built similar to other Buddhist Stupas, with a central white dome made of chalk and limestone representing the entire living world in Buddhist mythology. The Khalasp structure atop the dome with its thirteen pinnacles and four pairs of eyes signifies the process of awakening (path to enlightenment) followed by thirteen stages of enlightenment that a person has to go through in order to attain nirvana. One eye in the pair is said to symbolize wisdom and the other compassion, and are found in half closed position. 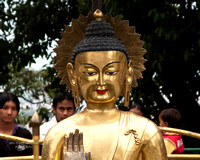 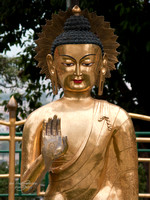 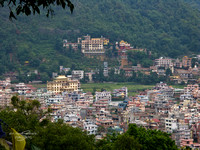 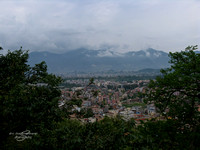 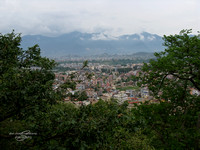 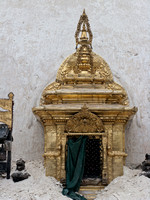 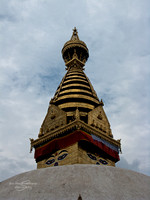 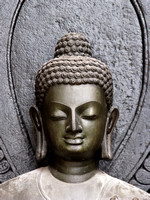 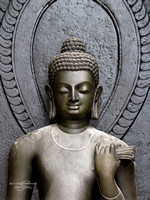 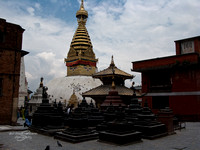 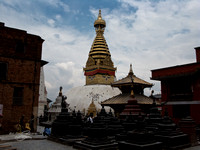