17 photos
Burhānilkanth Temple (Nepali: बुर्हा निल कण्ठ) is a temple located at the northern regions of Kathmandu, at the base of Sivapuri hills. The temple is known for a very unique statue of Lord Vishnu reclining on a bed of coiled snakes. The statue at Burhānilkanth is said to be one of three similar statues that were commissioned to be built by King Suryaketu during the Lichhavi period (7~8 BC) that exist in Kathmandu valley. The second one is inside Balaju gardens and the third is inside the Royal Palace in Kathmandu.

Burhānilkanth refers to a synonymous name for Lord Vishnu and literally means “old blue throat” in Sanskrit, although the Newaris referred to this particular representation of Lord Vishnu as “Bhuijassi”. Symbolically, Lord Vishnu is seen as “Narayana“ and floats in the unfathomable cosmic ocean. Such images of Vishnu lying on a pond on the coiled snake Ananta with 1 head, is a popular image in Hindu mythology. This particular effigy is unique in that Lord Vishnu is shown in a reclining position with his legs in the crossed position, and his arms holding the four symbols – Chakra (disc), Club, Conch-Shell and a Lotus flower. His face also shows him in a relaxed mood with half closed eyes. The Sea serpent on which he is resting is also unique in that it has 11 heads. The four pillars on his sides suggest that a roof might have covered him at one point, but are used today to hold up a canvas tarp to shield the effigy from the elements.

The statue was buried and considered lost during periods immediately following the Lichhavi dynasty during an earthquake, with the last known inscription of the effigy dating back to 641 AD by King Vishnugupta. The effigy was rediscovered when a farmer’s plough struck it. 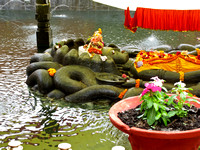 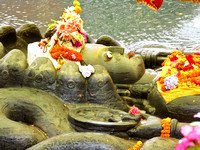 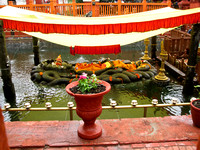 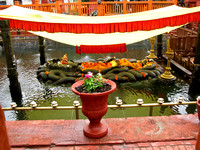 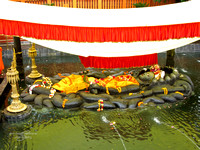 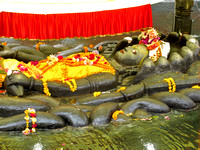 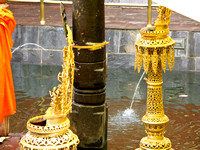 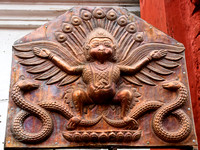 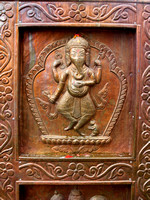 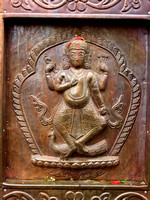 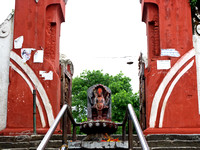 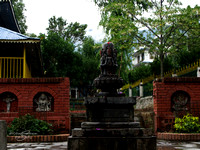 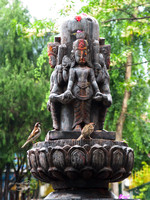 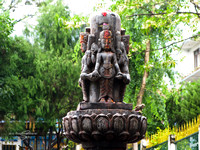 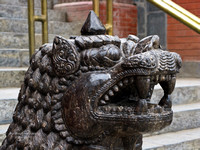